Over the past few years, the Village, like most municipalities in the State of Illinois, has kept a close eye on expenditures.  While we continue to allocate our available revenues very carefully, we have chosen to update some areas of the Village Park.  The first major update was to the iconic wooden playground near the pavilion.  This equipment was considered for removal after the wood began showing serious signs of aging and the area around the playground became less and less appealing.

After considering the cost of installing a new playground, it was decided to attempt refurbishing the current wooden playground and hopefully give it a few, or many more years of life! The photo below shows that the former wooden, worn surface has been coated with a truck-bed liner. This coating has essentially sealed the wood, leaving a fresh new look to the equipment. In addition, after hearing safety concerns from parents, we have added additional bars so that a small child cannot walk off of the playground as easily as they could have in the past. We have also dug out the area around the playground and installed new pea-gravel. We hope to do more to make this area even better, but the improvements so far have made this area look much better. 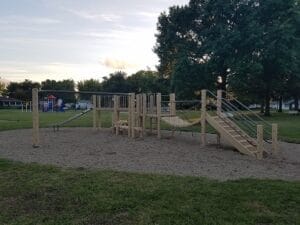 Other improvements are currently underway or in the works.  Some of the updates include:  restrooms are being re-painted and cleaned, walking path sprayed for weeds and edged, trees being trimmed or removed, landscaping around the Gazebo being refreshed and trimmed,  and filling holes through-out the park.

Do you have an idea for the park? If so, hit the “submit a request” button above and let us know. By the way, did you know you can reserve the pavilion right here at this website? Click above  where is says “Reserve the Pavilion”. We will receive your request and respond in a couple of days! 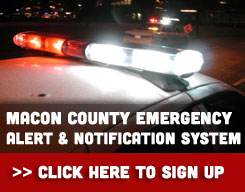